Political groups discussed the way forward on climate cooperation with the Governor of California, who earlier also met with Environment and EU-US delegation MEPs, on Wednesday (8 November).

“It is of great importance to have this debate today with the leader of a US state, California, which we consider to be a very important regional state in the US and a key player in US politics”, said European Parliament President Antonio Tajani (EPP, IT) opening the debate with the Governor of California Edmund G. Brown.

“The risk of rising temperature in irreversible ways, with great destruction exacerbating inequality, poverty and migration, is going to happen soon. I am here going to COP23 to join other states and provinces throughout the world to push a climate action agenda and to get the job done,” said Mr Brown.

Video summary of this debate

Meeting with the Environment Committee and EU-US delegation

"Although the US decided to withdraw from the Paris agreement, an impressive number of US states and cities decided to uphold their share in the fight against climate change,” said Environment Committee Chair Adina Ioana Vălean (EPP, RO), who will lead a delegation of MEPs to Bonn to attend the COP23 climate conference from Tuesday. “We are all aware that state-level action alone is not enough. We need to bring together governments on all levels, businesses, academia and civil society in a joint and co-ordinated effort to meet the ambition we set out in Paris two years ago”, she said.

EU-US Delegation Chair Christian Ehler (EPP, DE) said: “The UN Climate Change Conference started yesterday with strong, unified calls to hold to the path of the Paris Climate Change Agreement”. “This takes place against the backdrop of this year’s destructive hurricanes, fires, floods, droughts, melting ice and impacts on agriculture, which threaten food security”. “For us, it has become more and more important to engage with US States and their top political representatives, given the particular make-up of the US political system, alongside our regular contacts from Congress and the administration”, he added.

Governor Brown said: “The nature of the threat from climate change is existential, and the level of commitment is not up to the threat”. “Decarbonizing requires a transformation of our whole civilization, fossil fuels are the basis on which we function today. We are fossil fuel people, carbon people!”. “Even the 2°C goal may not be enough,” he added.

Governor Edmund G. Brown was named Special Advisor for States and Regions ahead of this year’s COP23 by Fijian Prime Minister Frank Bainimarama – president of COP23 – at a ceremony where Fiji became the latest government to join the Under2 Coalition.

The coalition includes 176 jurisdictions on six continents, collectively representing more than 36 countries, 1.2 billion people and $28.8 trillion GDP- equivalent to more than 16% of the global population and more than 39% of the global economy.

Governor Brown created the US Climate Alliance, together with Gov. Jay Inslee (Washington) and Andrew Cuomo (New York), in response to the U.S. federal government's decision to withdraw the United States from the Paris Agreement. It currently numbers 15 states, comprising 36% of the US population and USD 7 trillion in GDP. 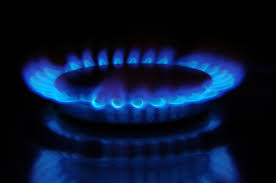